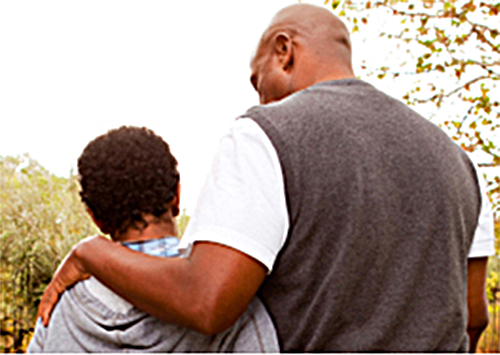 “It takes a Village to raise a child,”

of what means to be a Man…

Stood on his Word with both feet,

the barometer to which manhood is measured.

He is what more men in our community should be

and he LOVED Us

and we LOVED him back,

cause he raised us all.

The only father some of us ever had.

He was there for us during the worst of times

celebrated with us during the best of times.

He was our Rock.

because of all that he WAS

and when he left this earth

he took a part of us with him

but left enough life lessons for us

to carry on this life without him.

Mel Demetrius Young is a native of Trenton, NJ, and the father to a blended family of five children. Mel, aka Demetrius tha Poet, founded www.DeepWaterSoulCafe.com (now defunct) which was the first major website that globally connected the spoken word community across six continents. He is the co-founder of the poetry collective LOUD Black Voices and also co-founded/hosted Trenton, New Jersey’s first regularly scheduled poetry event, Lyrical Riot.

Demetrius often ponders, “What will be said about me when I’m gone? How will I be remembered?” Therefore, he strives daily to be a better husband, father, son, brother, uncle and friend than he was yesterday.