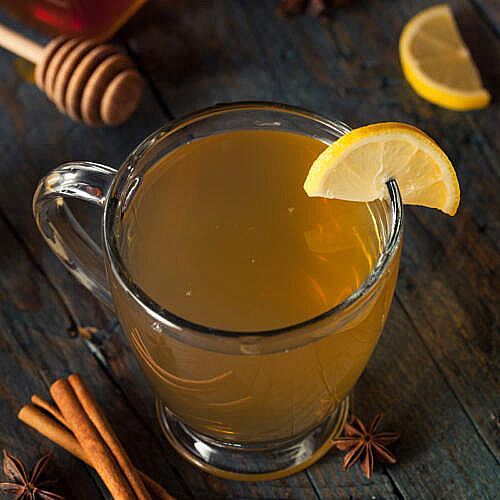 Tea is good for you and this has been proven time and time again in study after study. All teas have antioxidant, antibacterial, anti-inflammatory, and antiviral properties, along with their own individual benefits, so how do you choose which one fits your health needs?

According to Joyce Maina, a tea master and founder/director of the Cambridge Tea Consultancy, tea has been consumed for more than 5,000 years and “can help a person become invigorated but also enter a relaxed state.”

Don’t think anyone would argue that drinking a soothing hot cup of tea can be nourishing. Vicki Shanta Retelny, RDN, the Chicago-based author of The Essential Guide to Healthy Healing Foods points out that “As a soothing warm or cold beverage, tea contains plant compounds called polyphenols or tannins, which are antioxidants that give tea its medicinal benefits.”

While drinking any tea likely comes with benefits, many have their own distinct health perks, so sit-a-spell with a nice hot cup of tea to find out which ones.

Green tea–Clinical studies on drinking green tea have found that it helps lower triglycerides which is good news for your heart. And drinking green tea is also associated with a lower risk of heart disease and death from heart attack or stroke, according to a study of more than 90,000 Japanese participants published in the March 2015 Annals of Epidemiology.

One health review found that drinking six or more cups of green tea per day was associated with a 33 percent reduced risk of developing type 2 diabetes compared with drinking less than a cup per week.

White tea–There are several varieties of white tea, including silver needle, white peony, Ceylon white, Darjeeling white, and white pu-erh. People in China have used white tea for centuries to cure a number of ills. White tea has been linked to a large number of potential health benefits.

White tea provides catechins, tannins, and fluoride, all of which are beneficial for your dental health. These components help to prevent cavities by strengthening your enamel.

White tea may help slow skin aging both outside and inside the body. One study found that white tea applied to the skin helps to protect it from UV damage. Other studies point toward the polyphenols in white tea, slowing premature aging.

Oolong tea–Oolong has potential heart health perks. One study found that drinking more than 2.5 cups of oolong tea daily was associated with lower LDL (“bad”) cholesterol levels, as well as a reduced risk of dyslipidemia (which is an abnormal amount of lipids, like triglycerides or cholesterol, in the blood).

Other research supports oolong’s impact on the heart, suggesting that drinking oolong or green tea regularly was linked to a lower risk of death from cardiovascular disease.

Some studies also suggest that chamomile tea may target cancer cells, or even prevent those cells from developing in the first place.

Many researchers believe that chamomile tea may function like a benzodiazepine. Benzodiazepines are prescription drugs that can reduce anxiety and induce sleep.

Ginger tea–Ginger tea is probably most well-known for its potential to soothe digestive issues, and in particular for helping ease nausea. One study even suggests it may be just as effective as some medications, but with fewer side effects.

A 2017 study found that those who consume ginger on a daily basis had a decreased risk of hypertension.

Ginger is high in antioxidants and has been shown to have antiproliferative effects on tumor cells, in particular pancreatic and colon cancer – consuming ginger tea regularly may offer a preventative effect.

Peppermint tea–Peppermint may relieve digestive symptoms, such as gas, bloating and indigestion. Animal studies indicate that peppermint relaxes your digestive system and may ease pain. It also prevents smooth muscles from contracting, which could relieve spasms in your gut.

As peppermint acts as a muscle relaxant and pain reliever, it may also diminish certain types of headaches.

Peppermint has antibacterial, antiviral, and anti-inflammatory properties. Because of this, peppermint tea may fight clogged sinuses due to infections, the common cold, and allergies.

The tea may improve energy levels and reduce daytime fatigue.

Echinacea— Used many years ago as a North American medicinal herb echinacea remains popular since it is believed to prevent colds by strengthening the immune system. And studies aside, some doctors adamantly believe in echinacea’s ability to reduce cold symptoms. Experts recommend checking with your doctor before taking echinacea to be sure it doesn’t interfere with any medications you currently take.

Tumeric–Turmeric tea is one popular form of consuming turmeric. Turmeric tea’s strong anti-inflammatory properties can help ease inflammation and swelling in people with arthritis. This reduces painful symptoms. One study found that an active compound in turmeric, called curcumin, was effective in reducing pain in patients with osteoarthritis.

While research is still searching for what exactly causes Alzheimer’s disease, it seems as though the curcumin found in turmeric may help prevent it.

Turmeric tea’s many medicinal properties, including antioxidant and anti-inflammatory properties, could contribute to cancer prevention. The National Cancer Institute has recognized curcumin as an effective anticarcinogen, or substance that helps prevent cancer.

Ulcerative colitis (UC) is a chronic condition that causes ulcers in the lower end of the gastrointestinal tract. Turmeric could help maintain remission from symptoms.

Lowering LDL (or “bad”) cholesterol can help reduce your risk of developing some serious conditions, including heart disease and stroke. There is evidence that turmeric is effective at doing just that.

Because turmeric may thin your blood, you should stop drinking turmeric tea two weeks before surgery. Do not take turmeric tea if you are on blood thinners.

Hibiscus tea–Hibiscus tea has also been tied to cardiovascular benefits. Studies have suggested that extracts from the hibiscus calyx and hibiscus leaves have antioxidant and antitumoral effects. The polyphenols in hibiscus leaves may help to induce tumor cell death in skin cancer, according to a 2015 study. Another study from the same year also argued that hibiscus leaf extracts could inhibit the action of prostate cancer cells.