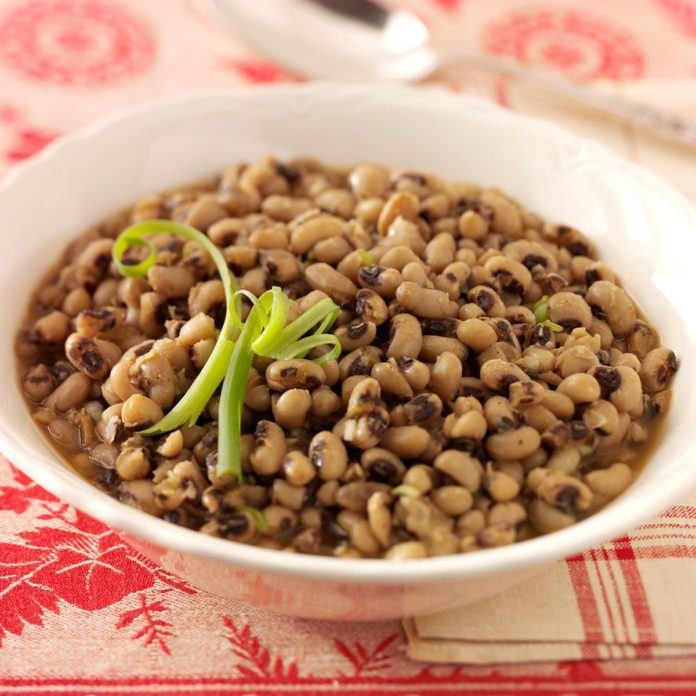 New Year’s is practically here and folks all around the globe have superstitious food traditions they indulge in that have significance for them.  Some of these food rituals ensure good luck in the year ahead and for Blacks, nothing signifies prosperity like down home black-eyed peas.

The New Year’s signature dish that is typically accompanied by white rice, collard greens and seasoned smoked pork, forms a culinary trinity—beans, greens, and pig. The greens symbolize greenbacks (paper money), the pork stands for progress because the animal pushes forward and the black-eyed peas are reminiscent of coins or pocket change.

Black-eyed peas can benefit you healthwise too which makes them lucky. Nutritionally, the beans are chockfull of dietary fiber which promotes digestive regularity. Eating black-eyed peas can also help prevent constipation. If you’re fretting about consuming too many beans and passing gas, well, don’t!  A study conducted by Arizona University School of Nutrition and Health Promotion, and the University of Colorado examined the connection between eating beans and passing gas. The clinicians ultimately concluded that concerns with regards to the consumption of beans and flatulence are highly exaggerated.

The beans are high in iron, folate and a B Vitamin which helps to make normal red blood cells.  Since hypertension is a scourge that stalks the Black community, eating potassium-rich, black-eyed peas help keep blood pressure levels at a healthy rate and lower the risk of heart disease. Black-eyed peas also contain a potent dose of Vitamin A which helps in maintaining good eyesight, particularly in low light and in promoting healthy radiant skin.

Nothing says, “Happy New Year” like a good ole pot of black-eyed peas. If you don’t want to add pork into the mix, try smoked turkey for a dash of flavor. Here is a surefire recipe for Crock Pot, kicked-up-a-notch, black-eyed peas that will make folks say, ‘you put your foot in it!’