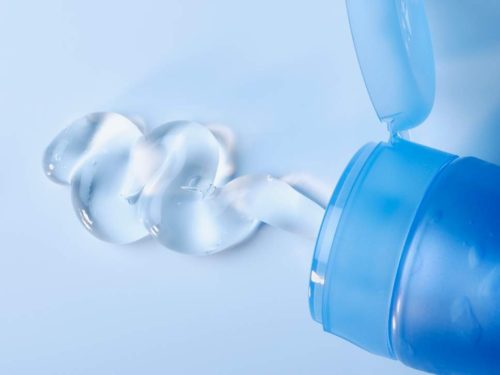 B eing north of 50 does not make you an automatic sexpert. Bet there are a few little tidbits about sex that just happened to have slipped by you over the years. Well, let us school you! We’ve gathered a few interesting morsels of info about the most spoken-about activity ever.

4) Shaving or waxing your pubic hair may increase your chances of getting a sexually transmitted disease (STD). The rates of STD’s in older adults are rising. Older people who are sexually active may be at risk for diseases such as syphilis, gonorrhea, chlamydial infection, genital herpes, hepatitis B, genital warts, and trichomoniasis. Shaving the pubic area can result in cuts, lesions, bumps, ingrown hairs that can all be open pathways to getting an infection. There is also an old myth that waxing kills infection…NOT!

5) Male Kegel exercises helps with premature ejaculation and maintaining strong erections. Women are not the only sex who practice doing Kegels; men are doing them too. There are many different causes of erectile and ejaculatory problems, and male Kegels may not solve all your sexual woes but they are certainly worth trying.

Here’s how to do it: Squeeze the muscles that you would use to stop the stream of urine and hold the contraction for 1 to 2 seconds (concentrate on only using your pelvic muscles, and not your glutes, thigh, or hip muscles). Release. Repeat 30 times, resting one minute when you’re finished. Perform 3 sets, 3 to 4 times a week.

6) Smoking can put the kibosh on sex. Even if you only light up on occasion, your libido will lessen. “Smoking has a direct, negative effect on the sexuality of a man on every level,” says Panayiotis M. Zavos, Ph.D., director of the Andrology Institute of America and professor of reproductive physiology and andrology at the University of Kentucky in Lexington. A study found that men who actually quit smoking will open themselves up to having firmer erections which would help an older man experiencing erectile dysfunction issues.

7) Sex is a health booster. According to scientific research, sex can actually lower blood pressure and stress, lessen the effects of migraines and boost overall immunity. People who have sex at least once a week have been shown to benefit from higher levels of immunoglobulin A, an antibody that protects you from illness. A healthy sex life can also reduce cancer risk in men. A large study in the British Medical Journal found that men who ejaculated at least 21 times per month were less likely to get prostate cancer than guys who only ejaculated four to seven times per month.

8) A romp in the sheets helps with weight loss. Need to burn calories? Having an average sex session can burn about 100 calories for men and 69 for women.

9) Men fake orgasms too. Women aren’t the only ones who fake orgasms, men are guilty of doing the same thing. Men’s versions of faking involve using a combination of moaning, vocalizations, and changes in physical movements. On average, studies show that men tend to take about seven minutes from penetration to climax. If a man believes he’s taking too long, he may decide it’s best to fake the orgasm and get the sexual act over with. They also tend to fake orgasms because of premature ejaculation, erectile dysfunction or just to please their partners when they aren’t really into it.

10) Lubrication helps you achieve orgasm. Research from Indiana University’s Center for Sexual Health Promotion shows that more than two-thirds of men and nearly as many women have used lube, and that almost half of the people who reported using it said that it helps them orgasm.