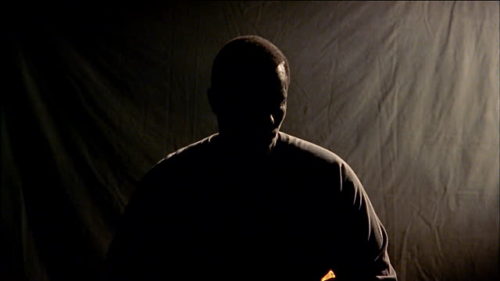 Leonardo is a 55-year-old Black man living with HIV. He asked that we use an alias and not his actual name because of the HIV-related stigma and discrimination that is still attached to the condition. As a Black man living with HIV, Leonardo has been shunned by family, peers and the wider community. In the Black community, homosexuality is sadly, still a taboo subject. Many Blacks believe that HIV infection is a punishment that came about due to personal irresponsibility or moral fault. Leonardo has found that there are those who have inaccurate information about the transmission of HIV which has created irrational behavior and misperceptions of personal risk.  Leonardo is at the point now where he still struggles with a kind of negative self-judgment that still eats away at him causing shame and at times, feelings of worthlessness. Leonardo decided to share his story with 50BOLD in hopes it might help others who are in a similar situation.

It was an exciting time in my life. I was in college, bright-eyed and thought I would take the world by storm. I had so many plans—acting, singing, dancing, I was a real triple threat. I was all set to blow the door off its hinges upon graduation but instead, I got blown away the day I was given what I thought would be a death sentence, a diagnosis of HIV.

Like so many men who were/are in my shoes. I found out I was HIV-positive after donating blood. It was the 80’s when AIDS was considered a death sentence and a confirmation of one’s HIV-positive status could be a definite death knell on one’s life. Upon receiving my life-shattering news, I immediately felt a wave of shame. I could not understand why was I stricken by this disease of promiscuity?  I had never been one to sleep around with men whose names did not matter. I DID NOT TYPICALLY ENGAGE IN HIGH-RISK BEHAVIORS! SO, WHY ME?!

After wallowing in self-pity, trepidation, and anger, I knew I had to become proactive about my health by exercising, eating healthy, and taking my meds. However, the thought of revealing my status to my family scared the living hell out of me. Even though my Caribbean mother is a nurse, I was her son and she would never understand the secret I kept within as it would shatter her neat and compartmentalized world. My dad, who was also Caribbean was a serious, no-nonsense man, who never even played ball with me. He was the kind of dad who worked and never took an interest in the person I was becoming.

I had to tell someone about my illness; I had to share my all-consuming fears and pain or else I would explode. I was carrying the world on my shoulders and I needed to unload in the worse way. I decided to tell two friends about my status and wait a year to reveal my truth to my parents.

My two friends were extremely supportive, loving and nonjudgmental. They digested the info given to them and never showed an inkling of negativity. I so feared being discriminated against by my besties because so many HIV-positive victims are shunned and isolated after spilling their secret.

After a year, even though I still felt numb, and was still reeling from my diagnosis, I decided it was high time to reveal to my parents what was going on with their son.

My mother took the news as I expected with controlled dramatics and my dad remained stoic. Since my 80’s diagnosis, my parents have only asked about my health twice and only want a condensed version response.

Meanwhile, the fears about my status ebbed and flowed. In order for me to cope with all that was going on, the numerous experimental drugs, doctor’s visits, fear of being found out, self-imposed social isolation, I decided I needed to take the edge off my depression so I drank and did cocaine which thankfully, was short-lived.

The 80’s was the height of the AIDS epidemic. Friends were getting sick and dying before the disease even had been given a name. People were deathly afraid of AIDS because no one really knew how it spread, folks were worried they’d contract it just by holding hands, or sitting on a public toilet. The church community called patients stricken with the illness an “abomination.” There were doctors who refused to treat patients with HIV despite their oath. It hit young men hard, it zeroed in on gay men fast and furious, it was the “gay cancer” and I had contracted it.

Relationships were nonexistent in the beginning as I was turned off to them because someone had made me sick. Someone had given me a death sentence I didn’t deserve. Someone had robbed me of all my tomorrows and it was so unfair! As the years progressed and the cocktail of drugs I had been prescribed seemed to be doing what they were designed to do, I decided, I’d  had enough of this self-imposed isolated existence!

Dating was a no-win situation. Whenever I would reveal my status to a man I was interested in, he would seem sympathetic in the moment but then, never call again. I was made to feel like a container for a virus, so I made the decision to not reveal my serostatus to any potential love interest. I do, however, always behave responsibly and always practice safe sex. Having sex sans protection is never an option for me.

As the years progressed, the cocktail of drugs continued to work for me, and thankfully, I no longer have detectable HIV antibodies. Even though it has been some 30-plus years since I have been diagnosed, I still wake up everyday feeling as if I’ve been condemned and am waiting for the other shoe to drop, the possible onset of full-blown AIDS. My fears are still very real but I have not put my life on hold. I just retired from my 30-plus year job. I have also taken up a new career in the arts, a dream deferred that should have been my original life’s course.  Seeing a therapist was on my bucket list and can now be crossed off.  My psychologist is a gem and is really helping me to put things in perspective.  The work I’ve put into my therapy has been slow and steady but at least I’m trying.

As far as loneliness, yep, it is still ever-present! I date but so far, no cigar. I thought I had found the one last year. I met a wonderful man who was also HIV-positive but unfortunately, the relationship did not work out. Ah yes, there is also the thought that perhaps two HIV-positives can get together to make a warm and fuzzy life as a couple. Well, alas, this is just a dream in many cases. If both partners are HIV-positive they still should not have unprotected sex even if they are otherwise STD-free and the relationship is mutually monogamous. This is because of the potential for an HIV superinfection.

An HIV superinfection occurs when a person who is already infected with the virus is exposed to, and becomes infected with, a different strain.

Some studies have estimated that the risk of superinfection is similar to the rate of initial infection with HIV. Superinfection is problematic because it is associated with increased health problems and because it is harder to treat there is a possibility that someone could be infected with two differently drug-resistant strains.

So any way you cut it, life has been full of challenges for me.

For now, I will continue to do me and pursue my newfound career. I totally get that with the advent of sophisticated drugs, HIV-infected people can live long, full lives. Although miraculous strides have been made in HIV treatment — it is no longer a terminal illness but is now a manageable condition.

But still, as now a middle-aged, Black gay man, I want someone to love me as I am and as I age, the pickings get slimmer and slimmer. I am hopeful that one day I will wake up and those butterflies in my stomach will stop reminding me that my life’s clock is on a timer but then again, isn’t this true for ALL of us?