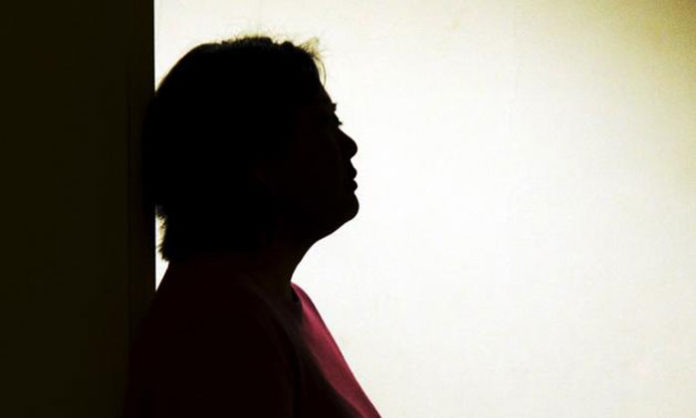 The hope for married folks is a shared desire to love only one another until the wheels fall off. Unfortunately for over half of us, this committed love wilts on a vine way before we grow old, or are even anywhere near kicking the bucket! Whatever happened to keeping your everyday agreement to sticking it out even when it sucks? Many would agree, cheating is murky but who are we to judge?

Renee is a Black, 55-year-old, mother of two grown children who has been happily married for 31 years. She has a white-collar job with no plans to retire anytime soon. Renee is a go-the-extra-mile daughter, mom, wife, sister, and friend. Fit, fabulous with looks that are fifteen years younger than her actual age, life has pretty much been golden for Renee. Upbeat most of the time, except for an occasional pang of guilt when she thinks about how she has cheated on her husband since the eighth year of their union.

At weddings, starry-eyed dreamers recite a list of vows, swearing to be everything to one another from a soul mate, to lover, to teacher, to therapist, yet these promises are broken every single day. In such blissful partnerships, why then would we ever stray? Renee wants you to know she is pretty well-balanced, mature, caring, and deeply invested in her marital relationship. Yet one day, she crossed a line she never imagined she would cross and is so sure, there are folks all around her who harbor similar tales to tell.

Renee sat down with 50BOLD’s managing editor Ruth Manuel-Logan because she wants to let it be known that her infidelities do not take away from her being a decent human being who still happens to love her husband very much. Even though Renee has tried to parse through the layers of stuff that might have driven her to the extramarital activities, hers is not a symptom of a relationship gone awry.

“When I met my husband, I couldn’t take my eyes off him. Tall, lean, brown with a gift of gab. He was charming and book smart, a lethal combo that could lure any woman, but he chose me. The passion rose quickly, we got married within four months, and I could not have been happier. After the children came, the intoxication we once felt for each other had turned into a kind of settled togetherness. I can’t point to one thing that provided me with a reason to cheat on my husband.

Many in my situation blame a lack of intimacy but this has never been an issue in my marriage even to this day! My adulterous narrative begins with the introduction of the AOL chat rooms of yesteryear. I had the best of both worlds–the stability of marriage coupled with the excitement of dating. I can honestly say that my affairs lived in the shadow of my marriage. Oftentimes I would meet my chat mates, most of whom were white married men (always had a thing for them, don’t judge) and have luxurious rendezvous. But never once were there any authentic feelings of love for the men I met. I guess I purposely chose men who could never be life partners for me.

After the children came, the intoxication we once felt for each other had turned into a kind of settled togetherness.

My cyber dalliances continued and I even amazed myself at how skillfully I was able to segregate my affairs from my realities. I soon stumbled upon the famed Ashley Madison website, you know the playground for marrieds seeking clandestine hookups. Well, there are nearly 50 million Ashley Madison subscribers, and I was one of them. I sure met my fair share of men on that site. Bet by now you probably think I have a sex addiction, inferiority complex, or that I’m morally flawed, mentally unstable and totally insecure. Wrong on all assumptions!

Don’t think for a minute that I am not mortified at my behavior. Intimate betrayal hurts. It hurts badly. If my husband were to stumble upon anything that was telling of an affair, he’d be totally devastated. My husband is a solid guy who by the way, would never cheat; NEVER, it’s NOT in his makeup. Yet here I am breaking the commitments that I so cherish with my reckless behavior but so unwilling to put the brakes on my duplicity. I constantly tell myself how wrong I am, even tried self-imposed cutoffs but these were unsuccessful and only led to new and even more thrilling connections.

Passion does have a shelf life.

Now that I‘m older I have settled down so to speak. I only deal with one other man who is Black by the way and a constant in my life for the last couple of years. I guess I’m slowly realizing that passion does have a shelf life. Love is complicated, messy but so is infidelity. Why am I a cheater? Thrills? A game I enjoy mastering? Deep-rooted childhood woes that have not been dealt with at all? Unfulfillment?  Can’t answer this question because I simply don’t know.

In this society of strong sexual double standards, I know I’ll be judged harshly by your readers, just think of the torturous historical penalties associated with female infidelity! Well, damn those ethical standards society forces upon women that are not going away anytime soon. I am dealing with the here and now and all I know is that as my torment mounts, I grapple with whether or not to FINALLY expose my infidelities to my husband. Yet, I think about the pain of such a revelation and how it would destroy my marriage and ironically, this is something I could never, ever, take a chance on losing.”