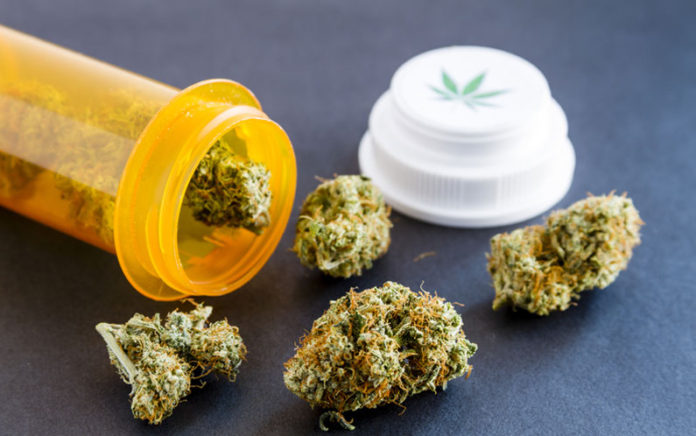 Once upon a time, marijuana was all about getting high just for the hell of it. Now, medical marijuana gives cannabis a whole new meaning especially for those north of age 50. Every day, older adults are turning to medical marijuana to help ease a medical condition that is causing them significant discomfort or to treat the debilitating side effects of a drug that can ravage their bodies like chemotherapy.

More than half of the U.S. states and the District of Columbia have legalized medical marijuana in some form. Yet, the FDA has still not approved it as a treatment because of the doubts circling it with regards to safety and effectiveness. However, the government agency has approved two man-made cannabinoid medicines — dronabinol (Marinol) and nabilone (Cesamet) — to treat nausea and vomiting from chemotherapy. Two years ago, the agency also approved Syndros, a liquid form of dronabinol.

What exactly is medical marijuana?

The marijuana plant is made up of over 100 chemicals known as cannabinoids and each has a different effect on the body. The two primary chemicals used in the medicinal application of marijuana are tetrahydrocannabinol or THC (this produces the high) and cannabidiol or CBD (this produces no mind-altering effects).

Since medical marijuana has a higher CBD content, it will not produce the very same high associated with the recreational kind.

Recreational marijuana contains more THC than the medicinal one which is why users get a high after using it.

When taking the drug medicinally, users want a better quality of life rather than feeling that they’re on something. This is why CBD is so appealing from a medical standpoint, as it has far fewer side effects than pot that’s high in THC. Remember, however, that just because medical weed is high in CBD, doesn’t necessarily mean it’s low in THC.

How does medical marijuana help?

CBD may be useful in reducing pain and inflammation, controlling epileptic seizures, and possibly even treating mental illness and addictions.

Where is medical marijuana legal?

Medical marijuana is legal in 29 states and the District of Columbia:

How can you get medical marijuana?

Medical marijuana can only be ordered for a patient by a licensed physician in states where it is legal. Do bear in mind, however, that not all doctors are willing to write a prescription for the use of medical marijuana.

Once a patient receives their doctor’s orders, their state might require them to get a medical marijuana ID card that is only granted to those who suffer from various types of illness, diseases, debilitating conditions or chronic pain/symptoms that are not eased by high-dosage opiates.

Once a patient receives their ID card, they will then be allowed to purchase medical marijuana at a dispensary.

How is medical marijuana taken?

A patient can take medical marijuana one of several ways and each has a different way of working in the body with regards to timing. Smoking the medical marijuana will provide a quicker result, as opposed to eating the product which produces a slower outcome. Here are ways in which the drug can be taken:

Inhaling it through a vaporizer

Eating it (brownie or candy)

Applying it to the skin via a lotion, spray, oil or cream

Placing a few drops of a liquid under the tongue

What are the side effects of medical marijuana?

As with all medicines, there are some downsides to be expected with the use of medical marijuana. The side effects of the drug can include:

The drug can also impair judgment and coordination so care is to be taken especially when operating machinery, or motor vehicle. Since marijuana also contains many of the same chemicals found in tobacco, there are concerns that smoking it can lead to lung damage. There is also some evidence that it can also lead to repeated bouts of bronchitis and other lung diseases.