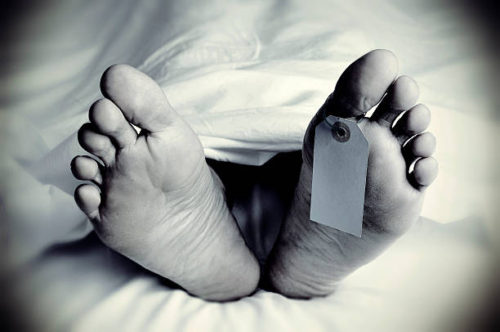 Retirement sounds like a dream for many of us who have been working for what seems like eons but is it all that you think it is…really?

Early retirement is supposed to gift you with extra golden years to do anything your heart desires.  Not!  According to a very popular study that was conducted a few years ago on Shell Oil Company employees,  those who retire at age 55 and lived to be at least 65, die sooner than people who retire at 65. After age 65, the early retirees had a 37% higher risk of death than counterparts who retired at 65.

But wait one minute; there’s more!

The study went on to reveal that those who retire at 55 are 89% more likely to die in the ten years after retirement than those who retire at 65. The researchers examined the life situations of all past employees of Shell Oil who retired at ages 55, 60, or 65. The study also stated that the link between early retirement and early death was more significant for men.

In yet another famous study that took place in Greece comparing male retirees to men who still punched the clock, none suffered from major health conditions at the time.  Retirees had a 51 percent increase in their risk of death.  The primary causes of death for the retirees was associated with cardiovascular illnesses.

Should retirement be a bad word?

Believe it or not, there are countries where folks do not believe in stopping work.  People who live in places like Okinawa, the Hunza Valley (Pakistan), and certain cities in Equador, seem to age well because retirement does not exist; they remain actively employed until they can no longer do so or pass away. Researchers suspect that the lack of retirement and a healthy diet are what fuels these people who refuse to put the brakes on work.

If you want a healthy retirement…

The bottom line for a retiree should be trying to live their best life by staying active and eating right.  If you are not making healthy moves in your life, then you need to examine how you’re living and make some changes pronto!

Exercise.  Get out and get moving! Walk, bicycle, run, exercise to build stamina, flexibility and to keep your heart pumping as it should.

Rev up your brain.  Stimulate your mind by learning new things like playing an instrument, taking a class at a local college or university, or joining a book club.

Chill out.  Find some relaxation time to read a book, see a movie, or take a yoga class.

Get some shuteye!  Make sure to sleep at least 7 to 9 hours every night.  As you age, sleeping becomes difficult especially if you are on certain meds or have an illness.  Avoid taking long naps so that your nighttime sleep is not impacted negatively.

Maintain those ties that bind.   According to researchers, surrounding yourself with healthy relationships helps you live longer.  Continue to nurture those connections with family and friends that have meant so much to you. Expand your circle and add volunteering into your retirement mix!