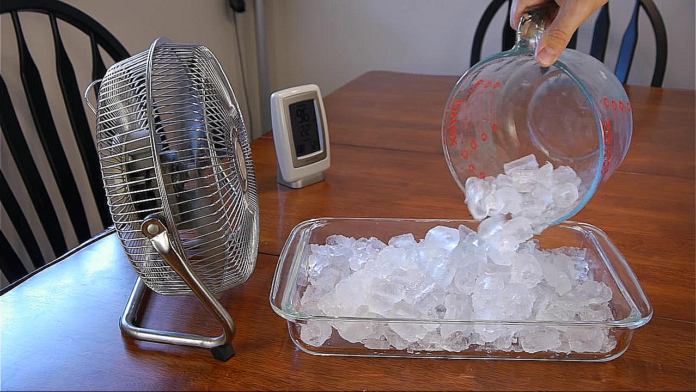 Let’s face it, unemployment is at an all time high, so bill-paying is a struggle for many folks. As seasoned folks, doling out money for bills takes away from our retirement nest egg. During those thick heat summer months, electricity bills rise because you are trying to take refuge from the sweltering temps. Americans spend more than $22 billion a year on electricity to cool their homes with air conditioning — and use a whopping 183 billion kilowatt-hours, according to recent statistics from the U.S. Department of Energy. That accounts for at least 15 percent of all energy used in some homes, and in warmer climates can represent up to 70 percent of a summer electric bill.

Well, here are a few ways to spend less while keeping cool.

Consider ceiling fans. While a central air conditioning unit uses 3,500 watts of energy when running, the average ceiling fan uses only 60 watts — even when running on high. That means if running your ceiling fan all day allows you to cut down on your AC usage — even by just a half hour a day — you could feasibly save a lot of money over time. Make sure to turn off your fan when you leave the house.

Steer clear of your stove. When you cook on a stove, the process can generate a lot of heat and this can strain your air conditioning system. How about grilling outside a few times a week? Better yet, try using crockpots or electric griddles to cook as these appliances generate less heat.

Make sure your AC system is not older than 15 years. One of the biggest misconceptions that people have about air conditioners is that it’s better to keep operating an older system for as long as possible rather than have it replaced. Once an AC is older than 15 years, it will start to lose energy efficiency no matter how well it’s been maintained, and the cost to run it—combined with the price of frequent repairs—will far outweigh the cost of putting in a new system.

Upgrade your windows. Energy efficient windows, also known as energy saving windows, are designed to prevent your heated or cooled air escaping from your home. Their increased insulation reduces your home’s energy usage—and therefore, your bills!—while also making your home more comfortable overall. Homeowners who install Energy Star windows save an average of 12 percent on their utility costs throughout the year. That means a customer who spends $200 a month or $2400 a year would save $24 a month—or roughly $288 a year. Your savings could be even greater depending on which windows you’re replacing and the climate of your area. In fact, Energy Star studies show that replacing single pane windows with double pane can save between 21% and 31% off of heating and cooling costs. Pssst…new windows also increase your home’s property value.

Maintain your HVAC system. Maintenance is recommended biannually—once in the spring before summer and once in the fall before winter. Proper maintenance by an HVAC professional—even without any known, identified, or suspected issues with your system—is important to ensure proper functionality and prolong the life of your system. Make sure that your service technician has certifications such as NATE (North American Technician Excellence). A NATE patch signifies that the contractor employs technicians who have passed this national certification.

Reduce sunlight.  Sunlight streaming into your home can heat things up quite a bit! By blocking the sunlight, you can calm that effect. Planting some shade trees outside your windows can curb encroaching sunlight, while blackout shades, or curtains are another low-cost option.

Point box fans out the windows. An old school trick for sure! When you place a box fan on your windowsill, turn it to face out the window, allowing it to suck the room’s warm air out, instead of drawing additional hot air in. Sometimes, it’s better to use fans for exhaust rather than creating an artificial breeze.

Use ice. Now this method should really take you back but it’s proven to work! Take some ice in a bowl, place in front of a fan, and you get an instant air conditioner. It may not be as cool as the real thing, but it’s still pretty darn effective.

Hang damp curtains. Back-in-the-day, this technique was used before the birth of air-conditioning units. This is quite similar to putting ice in front of the fan.As long as there’s a breeze, that is. You can even add fabric conditioner to make them smell good!

Only iron and do laundry at certain times. Just like cooking in your kitchen, you can do this on the cooler parts of the day. This way, you won’t be adding to the warmth of your home’s interior.