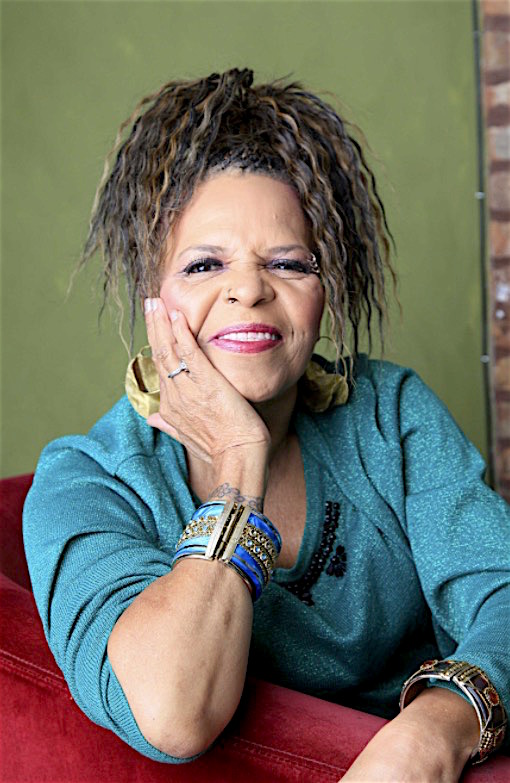 Ntozake Shange is one of the strongest voices in the history of African American creativity. As a poet and novelist, she helped to recapture and reshape the culture with her literary gifts. Ntozake’s impactful words kindle our imaginations, appeal to us through our hearts and feelings. When the poet, novelist and playwright’s stage performance, For Colored Girls Who Have Considered Suicide When the Rainbow is Enuf hit the scene back in 1974, audiences were left speechless as performers expressed an intense range of raw emotions through dance and verse. The choreopoem went on to win an Obie and was nominated for Tony and Grammy awards. Writer, director, producer, Tyler Perry, revisited and adapted Ntozake’s vision of reclamation and self-determination when he took For Colored Girls to the big screen in 2010.

In addition to For Colored Girls, Ntozake has written such best sellers as Sassafrass, Cypress & Indigo, Liliane, and Betsey Brown. She has been the recipient of numerous accolades including fellowships from the Guggenheim Foundation, the Lila Wallace Reader’s Digest Fund, and the Pushcart Prize. Last year, the prestigious Barnard College, Ntozake’s alma mater, announced that it acquired her archive of personal photos, artwork, manuscripts, and a quill pen utilized by the playwright, as well as Phat Mama, the literary journal she began while a student in attendance.

The cultural icon’s literary mission continues in her new book, Wild Beauty: New and Selected Poems of Ntozake Shange (Atria Books) which is a collection of poems that sends out a message and casts a light on crucial human issues that affect and impacts us all as a people.

Ntozake has given the world a Black feminism that is strong, frank, truthful, vulnerable and so very intimate. The body of work is self-reflective, shakes to the core, then comforts. We love Ntozake Shange and how she brought a stirring negroidal noise to the notion of literature. Over the last few years, Ntozake has battled various illnesses that momentarily threw her off course but she is now back on track. We appreciate her finding time out of her busy schedule to chat with us. 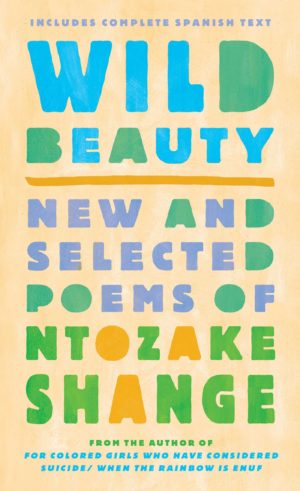 50BOLD: You were raised in an upper-middle-class family with two professional parents. Can you tell us a little about your parents, your upbringing and what influenced you to take a more creative route?

Ntozake: My parents were what you called a race family and they were very involved in the betterment of the race, standing up for people of color, the Negro people which were what we were called at the time. So even though we were an upper-middle-class family, there was always a connection to grassroots energy because of the history of the times. My father, Paul Williams was a surgeon who treated many well-known primarily Black sports figures. My mother, Eloise was a psychiatric social worker and educator and her clients were primarily Black. All of those people that offered services to our family were Black, so our world was influenced and sustained by people of color. So there was always a sense of sufficiency or belief that we can take care of ourselves. And my parents were constantly bringing books into the house and artists into the house because in America during the 1930’s and beyond, there were no hotels that took us.

When artists traveled on the road they had no real place to stay. So people of means, who had large homes would have an artist stay with them. And that’s how my family came to know W.E.B. DuBois, Dizzy Gillespie, Paul Robeson, Mongo Santamaria and Miles Davis because they had nowhere else to stay. And so they would stay with us if there was no other home that was available.

My parents were very interested in the Black arts. My mother was able to recite poems by Paul Laurence Dunbar and Langston Hughes by heart. My father was interested in Black music and could tell you the history of jazz like you can count from one to ten. He used to cut high school to go see Louis Armstrong’s band in Philadelphia. He lived in New Jersey and would actually take the train to Philadelphia to hear Louie Armstrong and big band jazz and swing music great, Fletcher Henderson.

Ntozake: How my name change came about was when I came of age, 23 or 24, it was during the height of the Black Panther cultural phenomena, and I was seeking roots other than slave ones. I was trying to position myself in the world so I was not a descendant of slaves. I felt it was time to take a name from the continent, take a name from the Motherland. And I was too humble to name myself, so I asked two South African refugees who were in exile in the United States because of apartheid to name me. They said they would have to observe me to find out what my name should be. So they watched me for four months and one day they appeared with 12 pages of the meaning of my name. When they told me my name, I was so overwhelmed by it that I couldn’t use it. So I put it in an envelope in a drawer and just kept it in there for a year before I allowed myself to be called Ntozake. And Ntozake is like Barbara or Susan in South Africa, it’s a very common name, and it means ‘he who comes with their own things’ And the surname Shange which means ‘he who walks like a lion,’ and was the name of a man I was living with at the time who is 6 ft 8. 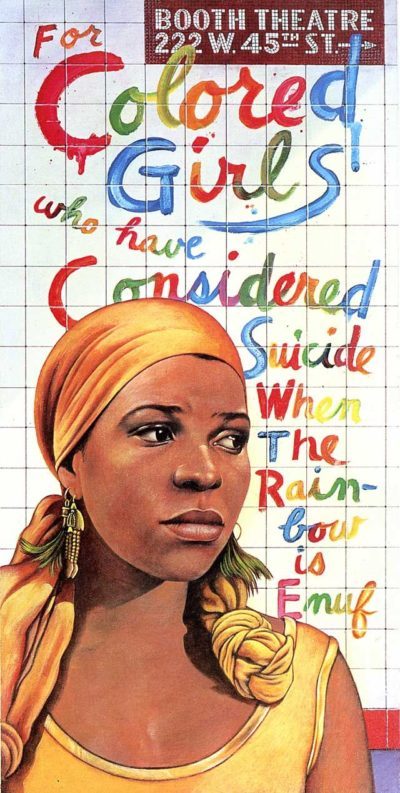 50BOLD: Your choreopoem, For Colored Girls Who Have Considered Suicide When the Rainbow is Enuf, encompasses every emotion a woman has inside of her. What was the impetus that lead you to create such a dramatic piece of work?

Ntozake: Well I was living in San Francisco and teaching at several colleges at the time. One of the things I try to do is develop a system or a message of getting the listeners to follow the pain and emotional thought that went into a poem. And so I would begin a sentence with a poem that was too difficult to deal with so the audience would trust me. I would then introduce the heavier stuff and they would trust and go with me on the difficult poems because I had them feel safe in the earlier poems. I named all my readings ‘For Colored Girls,’ so there are many iterations for it. And I performed them everywhere I could at bars and poetry venues all over the Bay area. And finally, because I was taking a dance class at the same time, and was performing with quite a few well known local companies, suddenly, I realized what was missing from my poem. Why just recite when I could have musical accompaniment?

I began writing a series of poems about seven nameless women and about a few of the issues facing each such as rape, abortion, domestic violence, child abuse. Soon the poems turned into choreopoems with text and music and movement. I, along with Paula Moss worked to choreograph the work and we both made the rounds to showcase the performance at bars and coffeehouses. Eight days after our last performance in California, I drove to New York City. Not long after I arrived, met Oz Scott, a young stage manager who worked for the famed Public Theatre and things sort of took off from there. The play opened a year later at the Public Theatre in June 1976, then moved to Broadway that December.

Ntozake: Yes, I‘ve battled bipolar disorder. (Author’s note: She attempted suicide several times: sticking her head in an oven, drinking chemicals, slashing her wrist, O.D.ing on valium, and driving her car into the ocean. It wasn’t clear until years later that her suicidal inclinations were in part the result of a bipolar disorder.)

Yes, I suffered a pair of small strokes that left me temporarily unable to read; then, in 2011, a neurological disorder called chronic inflammatory demyelinating polyneuropathy took control of my hands and feet, leaving me unable to type or write without difficulty. I’ve certainly had some emotional trauma. All I know is that I have combated these ailments for the last seven years. I remember it all just happened July 29, 2011, and I was coming down the stairs and all of a sudden my legs just gave way and I couldn’t use my arms to hold myself up. And I had to get a wheelchair that very day because the doctors and such couldn’t move me at all. I couldn’t even crawl.

50BOLD: Are you still in a wheelchair today?

Ntozake: No, I can walk now and perform. I performed last night. I’m able to do almost everything. I can’t run, but I can walk with a cane and I can talk clearly. And I can now use my hands, I can work on a computer; I couldn’t do that for several years. In February 2015, I was once again able to use a computer and get my fingers to hit certain keys that I hadn’t been able to do. And I’m now able to start writing again which I hadn’t been able to do in a very long time.

50BOLD: Okay, so you’ve written poetry, essays, novels, screenplays and children literature. Is there anything left that you would like to accomplish?

50BOLD: In your latest book is entitled Wild Beauty, what message were you trying to convey to us?

Ntozake: Well, I’d like to think of myself as a wild beauty. I think that for Black people are seen as the root of the earth. We have a wildness is that cannot be chained in the way that they captured us. We could not be contained. They could not control us unless it was by force; we are wild in that sense. And we are wild and beautiful in that way. We are beautiful as basketball players, teachers, musicians, dancers, and even as we walk down the street. There’s a beauty and style to everything we do. And that’s why I call us ‘wild beauty.’ Even in our despair, we create beauty. And we created the blues out of our despair and we created jazz out of our hope. So I think that ‘wild beauty’ is a wonderful way of addressing the reality of Black people.

50BOLD: What would you advice young poets and writers today?

Ntozake: What I would advise them to do? I would tell young people to keep writing and not be afraid and to not edit themselves. They should strive to write every day even if only for 5 minutes.