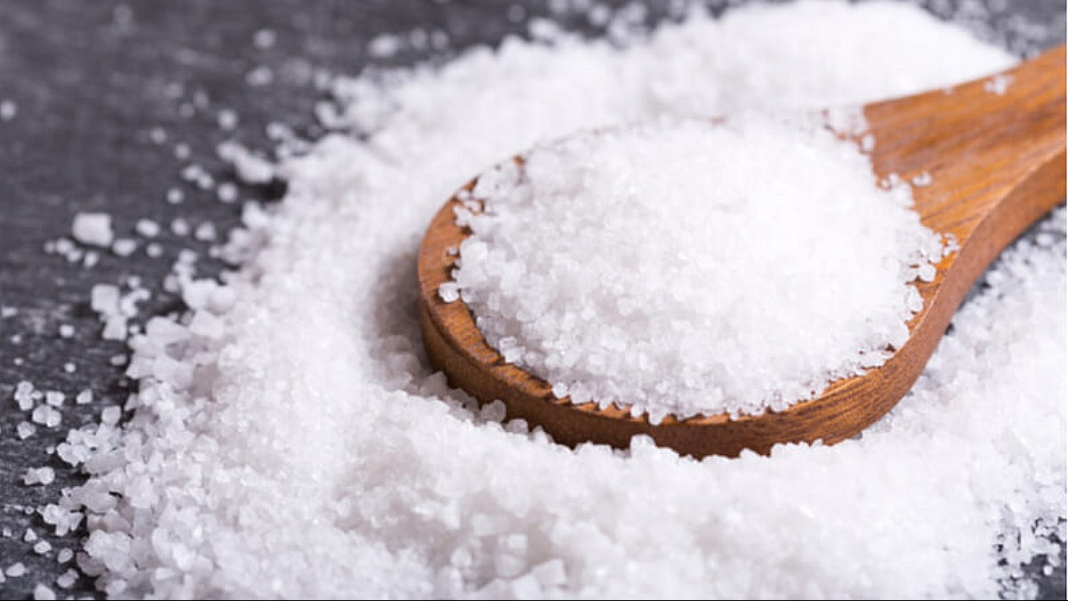 Salt is one of the most widely used seasonings in the entire world. If you cook some foods without adding that dash of salt, you might wind up with a bland meal. As much as we love salt, it does not always love us!

Consuming too much salt can make it harder for your kidneys to remove fluid, which builds up in your system and increases blood pressure. And speaking of high blood pressure, African-Americans develop it at younger ages than other groups in the U.S. and are more likely to develop complications from it like stroke, heart and kidney disease, and dementia. Blacks in the U.S. seem to be more sensitive to salt, which increases the risk of developing high blood pressure.

Unfortunately, most of us consume far more – about six times as much, or 3,200 mg of sodium daily. The Dietary Guidelines for Americans recommend that folks consume less than 2,300 mg of sodium daily (about one teaspoon of regular table salt per day). It is also recommended that those who have high blood pressure limit sodium intake to 1,500 mg per day (a little over 1/2 teaspoon of regular table salt per day)

Are all salts created equal?

Table Salt–The most widely used and usually refined table salt is extracted from underground salt deposits. Table salt is 97% to 99% sodium chloride, NaCl. It is heavily processed to remove impurities, which may also remove trace minerals. It is then grounded very fine. Iodine, a trace mineral, was added to salt in 1924 to prevent goiter, intellectual disability, and hypothyroidism, medical conditions caused by iodine deficiency. Table salt also often contains an anticaking agent such as calcium silicate to prevent clumps from forming.

Table salt is highly addictive. The more your body becomes used to it, the more it craves for it. Swelling, liver problems, hypertension, heart disease, muscle cramps, stroke, heart failure, edema, water retention, PMS, anxiety, and nervous system disorders are problems that can be caused by a high intake of salt coming from that little shaker on your table.

Sea Salt–Many people believe that sea salt is healthier than table salt because it comes from a natural source. Sea salt and table salt have the same basic nutritional value and contain comparable amounts of sodium by weight. Many manufacturers are adding sea salt to packaged snacks, like potato chips and crackers. However, in addition to the natural minerals it has, sea salt may have one unexpected ingredient.

According to a recent study, most brands of sea salt contain tiny plastic particles that come from larger plastic debris, which pollutes the water from which sea salt is derived. According to the National Institutes of Health, we don’t yet know the impact of these plastic microparticles on our health, but they could cause harm through “physical and chemical pathways.”

Pink Himalayan Salt–Similar to table salt, pink Himalayan salt contains up to 98 percent sodium chloride. The rest of the salt consists of trace minerals, such as iron, potassium, magnesium, and calcium; these give the salt its light pink tint. The minerals also explain why Himalayan salt tastes different from regular table salt.

Pink salt often has larger crystals than table salt; it technically contains less sodium per teaspoon. It also has a saltier flavor than table salt, meaning that a person can use less salt in a serving to achieve the same taste. The larger crystals also do not dissolve as easily or evenly in cooking. Here is an added plus to using pink rather than table salt. Table salt is usually heavily refined and mixed with anti-caking agents, and Himalayan salt is less artificial and does not usually contain additives.

Kosher Salt–Kosher salt is a coarsely grained salt named for its use in traditional Kosher food preparation. Kosher salt will have a different texture and flavor burst, but when it dissolves in food, it won’t really taste any different from regular table salt.

However, kosher salt is less likely to contain additives like anti-caking agents and iodine. So, if you choose not to eat a regular iodine-enriched salt, make sure you’re eating other foods that are high in iodine like tuna, shrimp, dairy, fish (cod), and eggs.

Is there a healthy salt?

Unfortunately, no studies have compared the health effects of different types of salt. The bottom line is that your body needs some amount of it. Sodium helps regulate the body’s fluid levels and blood pressure and is essential for muscle and nerve function.

So, salt is both good and bad for you.

Keeping a healthy amount of sodium in your system is essential for life, but having too much or too little can be dangerous and lead to long-term health problems. For health’s sake, try to stay within the recommended guidelines.