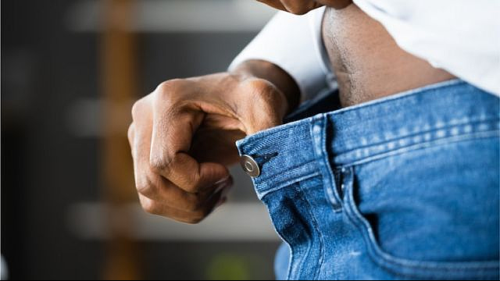 Penile shrinkage is an actual decrease in the size of a man’s penis size. In many cases the shrinkage is permanent, or if it’s temporary, it can be attributed to a medical condition or lifestyle habit. However, as many men age, their penises and testicles will experience shrinkage.

There are several causes that can contribute to penile shrinkage:

Fatty deposits go hand-in-hand with aging, so as a man gets older, there is a buildup of this fat in the arteries resulting in reduced blood flow to the penis. The deposits also cause the muscle cells in the erectile tubes within a man’s member to become more flaccid. The erectile tubes produce erections when they are filled with a strong blood flow. When the blood flow is weak, the result is a poor erection or the lack of one.

Scar tissue that can be attributed to sex and sports injuries that happened years ago can also cause penis size reduction.

An accumulation of fat around a man’s midsection is also a cause for concern. Even though a man’s penis might look smaller with the extra weight gain, it probably has not shrunken. Why does a penis look smaller with an expanded middle? The penis is attached to the abdominal wall, and weight gain tends to pull it inward. When there is weight loss, the penis can spring back to the way it was originally.

When a man’s prostate gland has been surgically removed (radical prostatectomy) due to cancer, they may experience shrinkage. Clinicians have no real explanation as to why shrinkage occurs after the surgery, but a few have surmised that during surgery, the shortening of the urethral tube that connects to the urinary bladder might have something to do with it.

Peyronie’s disease is fibrous scar tissue inside a penis that makes it curve when erect. The painful disease typically strikes men from age 40 and up. Peyronie’s, which can be a temporary or permanent condition that can worsen with age, will make a penis shrink in length and width. Doctors will only consider treating the disease if the patient is in excruciating pain or cannot have sexual intercourse as a result of the curve. The surgery for Peyronie’s will repair the curvature, lessen the pain and improve erectile function.

There are certain medications that can contribute to penile shrinkage. Drugs like Adderall used to treat attention deficit, as well as a few antidepressants and medicines prescribed for an enlarged prostate, can cause penis size reduction.

Puffing on cigarettes can affect the blood flow to the penis and prevent it from stretching in length. If the penile blood vessels are damaged from the chemicals that are expelled from a cigarette, there will be no erection.

Smoking has been associated with erectile dysfunction (ED) or impotence which is the inability to maintain an erection. In fact, in 2014, the acting U.S. Surgeon General added ED to the list of conditions that can be caused by smoking. Cigarettes can also decrease the amounts of nitric oxide, a compound that plays an important role in erections.

There are tons of marketed penis enhancement products every which way you look, and most of them are ineffective, expensive, and potentially harmful.

You can make lifestyle changes like quitting smoking and losing weight to possibly put the brakes on penile shrinkage. If you are on meds that are causing the issue, speak with your doctor about tweaking them.

There might be some improvement with regards to the penile shrinkage issue within a year after prostate surgery. Penile rehabilitation after surgery, similar to physical therapy, can help a man regain his ability to produce erections, and meds like Viagra and Cialis can help get the blood flowing to the penis.

When to see your physician

If you are experiencing shrinkage, pain/discomfort, sexual dysfunction, feel any nodules, or have questions about penis-related cancers, your health practitioner can address any concerns. A physician will discuss any penile conditions, treatments and can put into perspective anything you might be fretting over.