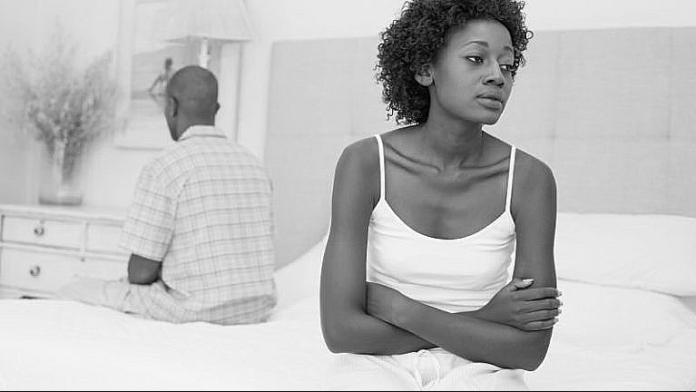 Some people choose to stay with a partner even though they declare themselves to be extremely unhappy in the relationship. They may be married or have been living together for many years with their relationship on life support. Others are complacent about their relationship circumstances and have adjusted to a perpetually unfulfilling union.

Why do such people remain together?

There are several possible explanations, any combination of which might shed light on the phenomenon. For some, especially those with attachment-based difficulties, ending a relationship—however necessary and appropriate—is nearly impossible to tolerate. This, I believe, is a major reason why some people stay together; they justify it with beliefs such as, “The misery I know and am familiar with is preferable to the misery of being alone.”

Here are some other frequently stated reasons people cite to explain why they remain in a relationship even when they believe it is an unwise choice. Do you see yourselves in any of these situations?

Some people contemplate separation and divorce for quite some time before they decide to act—if taking action ever occurs. I recall telling a patient that rather than contemplating divorce, he instead seemed to be calculating it. For him, it was all about the money: If he determined that leaving was affordable, he might leave his wife; if not, he would probably stay. Frequently, a primary breadwinner who is unhappy and angry may be less inclined to “give” the partner from whom he would like to separate any financial resources, let alone possibly half. At times, financial concerns are a camouflage for some other reason to stay put. However, it is often as simple as remaining together is cheaper and, therefore, preferable.

Others, however, are so unhappy and need to be apart from a partner so badly that no amount of money will stand in their way unless they have other reasons to justify remaining. Given the high cost of legal separation and eventual divorce, there are, of course, couples that may not be able to afford to separate, no matter how much one or both wishes to do so. I treated one couple that wished to be apart but did not believe it was affordable. This motivated them to think differently about how to address their problems. They used their feeling of being financially “stuck” to decide to “spend less money” by going to therapy, rather than hiring two attorneys, and they successfully rescued their marriage.

2. “We have to stay together for the sake of the kids.” (There are those of you who still have children living in the home.)

This is any understandable concern. However, it is often unclear whether or not children are truly best served by two unhappy people remaining together ostensibly for the sake of their kids. Often, there is no choice: The couple live in active conflict and the children, invariably, have front-row seats to what can be a devastatingly painful environment. Children exposed to parents in continuous verbal and sometimes physical battle do not typically emerge from this environment unaffected. Similarly, conflict-free marriages that are emotionally flat with no joy and no affection may not offer an environment in which growing children can thrive. There are also couples that use “for the sake of the kids” as an excuse for not separating when the real factors in their choice have more to do with their own needs and fears.

3. “Our relationship is good enough (or not bad enough).”

Many people see leaving a relationship as an extreme act to be avoided at all costs, so the reasons for ending it may have to be intolerable enough to cause emotional and/or physical suffering. If that occurs, leaving may be the only viable alternative to enable recovery and a reasonable life to follow. Understandably, if “good enough” is a basis from which to improve things, staying together might make sense.

4. “It’s too embarrassing, and I hate to admit failure.”

I have heard this many times in my years as a mental-health practitioner treating individuals and couples. The shame associated with what is commonly referred to as “relationship failure” is simply unacceptable for some people, especially if they are surrounded by family and friends who appear to be in successful romantic partnerships. A “repeat offender,” as he refers to himself, consulted me following a third divorce when he realized that he had told almost no one about this latest development in his life. Similarly, a former patient, who had just told her fiancé that she was breaking off their engagement, called to ask my help after her fiancé refused her request to keep it a secret from family and friends for six months while she adjusted to life without him.

5. “There is no such thing as a successful relationship.”

This is occasionally offered as a reason why someone decides to remain in an unhappy relationship that they’d really prefer to end. It may be related to ideas developed early in life from observations of one’s family or difficulty knowing how to repair the inevitable bumps that occur in most (if not all) relationships. One patient told me that a “successful relationship” was an oxymoron and that he would stay in his relationship—even though he and his wife were miserable and lived completely separate lives in their small studio apartment. It is sad when a relationship becomes what another patient termed “misery management,” and the possibility of relationship fulfillment with the existing or a new partner seems foreclosed.

There are many factors and forces at play in a failing relationship where one, or both, partners would prefer to be apart, but cannot or will not bring themselves to separate. Hopefully, most couples in serious distress find the help of a good therapist before their relationship becomes irreparably impaired and two lawyers are hired, or they choose to (unnecessarily) live in chronic disharmony and remain unhappy.

Richard B. Joelson, DSW, is a clinical social work psychotherapist, educator. Dr. Joelson’s private practice in New York City provides counseling and psychotherapy services to individuals and couples. He is the founder of richardbjoelsondsw.com and author of the book Help Me!: A Psychotherapists’s Tried-and-True Techniques for a Happier Relationship with Yourself and the People You Love